The 44th President of the United-States made a quick and very discreet stop thursday in the Var. For Jean-Philippe Victor, owner of the Château Saint-Pierre, it is a memory he will keep for life.

Jean-Philippe Victor will remember this thursday, June 20, 2019 for a long time. It must be said that it is not every day that you receive a visit from a host of such prestige. The former resident of the White House indeed stopped at Château Saint-Pierre, our winery located in the town of Les Arcs, in Provence.

"He arrived in the afternoon and stayed fo half an hour, no more. It all happened very simply. He sat on a bench, under the chestnut trees, sipped a little, and he left. He didn't taste our wines, but his team bought us two bottles of rosé wine. And we gave him two more."

Then the American delegation took to the road to Nice airport where a plane was waiting for the former American President. 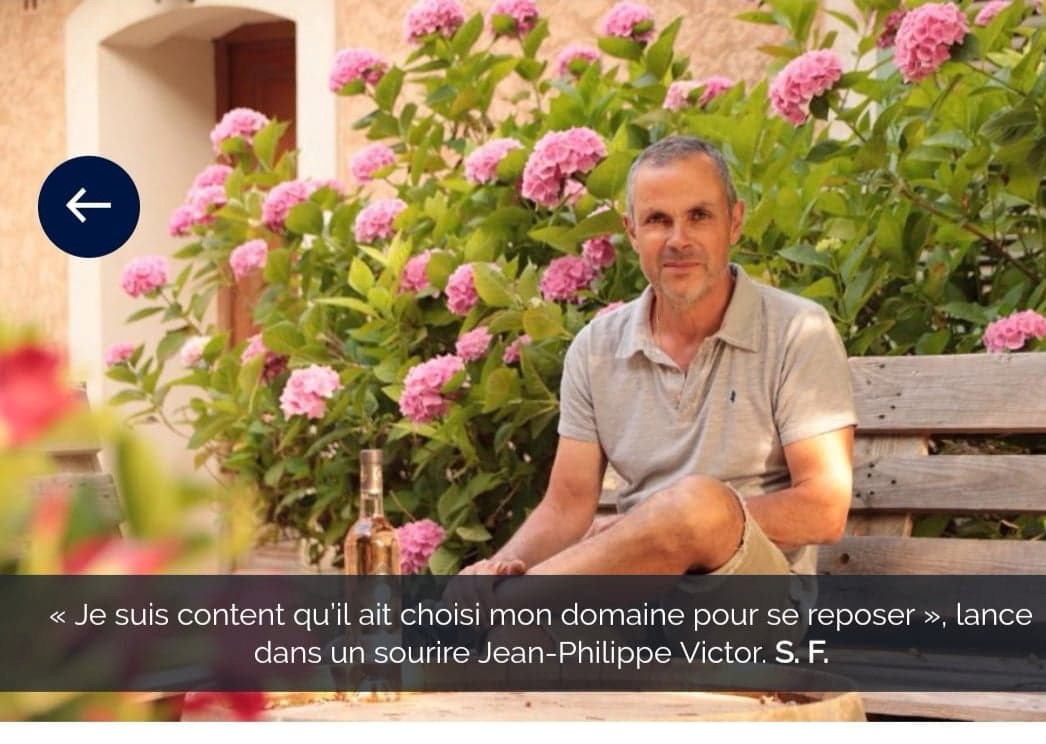 Why did Barack Obama choose the Château Saint-Pierre ?!

The day before his visit, a few people around him toured the local estates. The former President of the United States was looking for an authentic, family-friendly, rustic and friendly wine estate to rest before hitting the road again.

Far from the vineyards of the Jet-set, Château Saint-Pierre remains a wine-growing estate of 60 hectares where 4 generations of passionate winegrowers have passed on their knwoledge and their passion.

A quick visit that Jean Philippe Victor describes as "simple". "He's a very nive, friendly man. His wife Michelle was there too, just as nice. We exchanged two words with ease, despite my english!

Article written by Romain Alcaraz and published in the Var Matin on June 21, 2019. Photo by S. Fabre